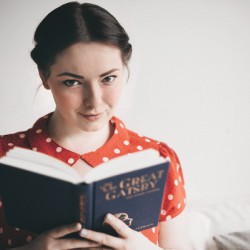 After solving the case in Date with the Dead the and Jolie being introduced to her father this book takes the Ripsters team for another ride. With all the team, including Reece being initiated into the Guild to help them expand their powers they seem to be on the clock.

While Jolie plans to spend some time with her absentee father Brittany decides to keep Drew busy by taking him fishing only to find a crying girl over the other side by bloody bond. The girl appears to be dead and who seems to have drown long before their time. Brittany and Drew think it's a good idea to try and help her the crying girl only resulting in Brittany being pushed into an old well and Drew disappears. How will Brit get out of the damn well but also how will she tell Jolie she lost her stupid ghost!

A thrilling sequel to Date with the Dead, Chris Myers left nothing out. We are now thrown into the Guild something that is even more bigger than what the Ripsters crew had imagined. fighting their way to get Drew back but also to find out who they are and complete the tasks handed to them from the Guild. Heading back to the days of the Salem Witch Trials we find connections between the light and dark practitioners.

Brittany cannot catch a break in this book and although she knows Jolie is obviously the favourite of the Guild and of everyone else she has nothing but adoration herself for her friend. Their bond just gets stronger and stronger. Even when Brit is struck by Demons and is literally sick she pushes herself to help everyone.

My feelings for the characters still remain quite positive other than Hayden for some reason i find Hayden's thoughts and actions to be somewhat sinister, it was only subtle but there were just thing that got under my skin. For instance his extreme jealousy over Drew... when Brit tells Jolie that Drew has disappeared Jolie believes he must've crossed over and Hayden constantly badgers Jolie to let go. To me his words and actions were just a little to harsh, Drew is someone who was constant for Jolie in a time when she was alone and for Hayden to be jealous and unsympathetic I was just confused and felt I needed to know more of who Hayden really is.

Reece was always one of my favourite characters in book one and it's quite a shame we don't get to really see much of him, he's always there but there is less dialogue for him. I do however find that now Reece gained some of his powers there has been a positive change in his attitude even him and Hayden are getting a long better.

Even though this book was a split between Jolie and Brittany I still found Jolie to be the forefront on the book, which make us see the importance she holds as a character to the plot. Overall the series for me so far is great and I cannot wait now till a third book is released!

I have major issues with this cover, I know we're seeing Brittany, but I don't get why she has such a blank expression and was Photoshopped excessively? Again, the font treatment is not the best, I would love to see both covers in the series to be reworked so we can see they do belong together as a series because as it stands at the moment there is nothing linking them other than Chris Myers' name.
Tweet